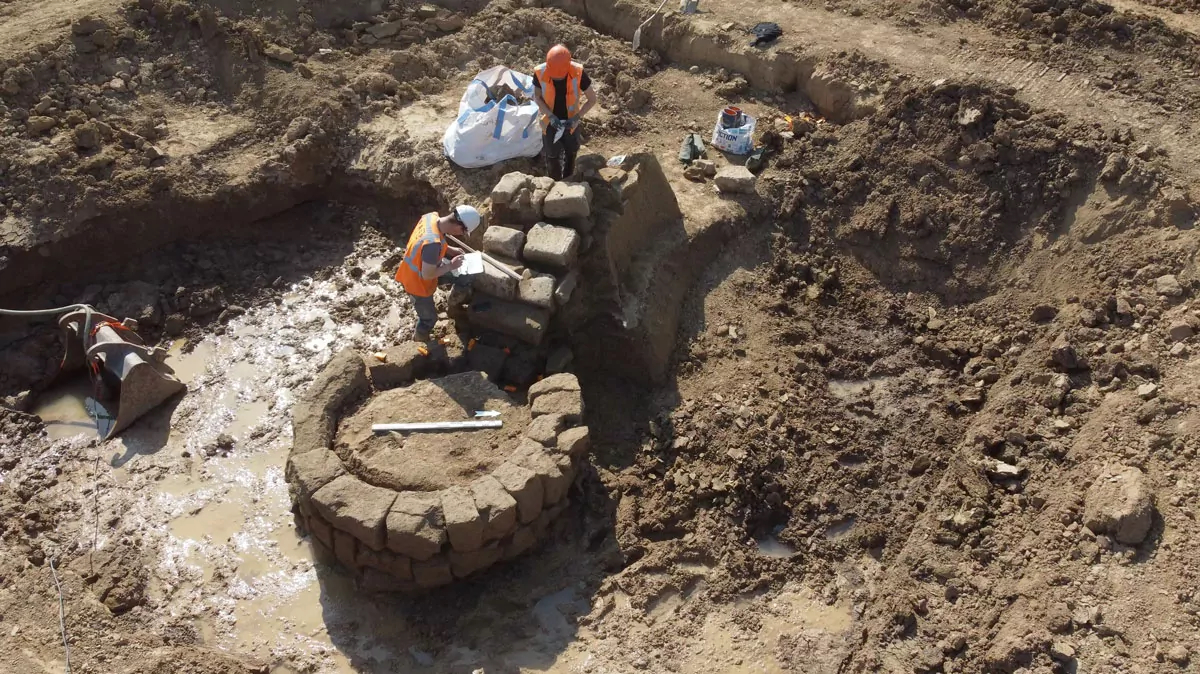 The remains of a 1st century Roman sanctuary have been discovered in the town of Herwen-Hemeling on the Roman Limes in the eastern Netherlands. While Roman sanctuaries have been found before in the Netherlands, this is the first discovered on the Lower German Limes. It is also by far the most complete, with surviving altars, structures, sculptures and sacrifice pits.

The first remains were encountered late last year by archaeological volunteers surveying a clay mining area. They reported the find to the 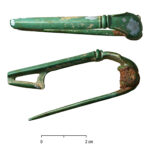 Dutch Cultural Heritage Agency which stopped clay extraction and arranged for a professional excavation. The dig immediately revealed several intact fibulae of different types, followed by an avalanche of archaeological materials like fragments of weapons, harness fittings, roof tiles stamped with the maker’s names and votive altars both intact and in fragments.

The sanctuary was used mainly by soldiers. This is clear from the many stamps on the roof tiles, because the manufacture of roof tiles was a

military activity at that time. Many fragments of horse harnesses, armour and the tips of spears and lances have also been found at the site. High-ranking Roman officers erected dozens of votive stones to give thanks to a god or goddess for fulfilling their wishes. These did not always relate to winning battles. Simply surviving a stay in these northern regions, sometimes far from home, was often reason enough to give thanks.

What the sanctuary at Herwen-Hemeling demonstrates very well is how much migration there was during that period. The men who came here to offer sacrifices had been in Hungary, Spain and Africa. And they brought their gods with them.

Architectural finds include a well with a large stone staircase leading down into the water. Thanks to coins and inscription fragments found within, archaeologists were able to date to the well to an impressively tight range of 220-230 A.D. These are rare survivals, having somehow managed to dodge the fate of so many other Roman structures in the Netherlands and elsewhere: being recycled as building materials after the collapse of imperial rule.

Dating of the artifacts indicates the temple complex was in constant use from the 1st century through the 4th. The unprecedented number of stone fragments from hundreds of years of votive altars and statues have been found, many with legible inscriptions that name deities and the men who dedicated the altars to them to fulfill a vow made and/or in gratitude for an answered prayer. Among the named deities are Hercules Magusanus (a syncretic Romanized local god), Jupiter-Serapis and Mercury.

There were at least two temples in the sanctuary, one larger and one smaller in Romano-Celtic fanum style. The larger temple had a tiled roof. Fragments of reliefs and painted plaster indicate both were vividly painted with polychrome walls. The sanctuary was built at the junction of the Rhine and Waal rivers on a natural hill that the builders then heightened artificially. It was a stone’s throw from the Castellum Carvium, an auxiliary fort on the south bank of the Lower Rhine,

and a slightly longer stone-throw from the next Roman auxiliary fort six miles away in the village of Loo. (Both of those sites are known only from portable archaeological material — bronze vessels, bricks, horse fittings — because whatever was left of the forts after the structures were used as quarries was destroyed by Rhine floods.) Interesting note: the name Carvium was a Latinized derivative of the Germanic word Harh-wiha meaning “sacred space” and archaeologists

have long hypothesized that it may have been a reference to a nearby sanctuary. Hypothesis confirmed!

The artifacts recovered from the site are going on display in a dedicated exhibition at the Valkhof Museum in Nijmegen from June 24th through the 30th of September. The votive altars will