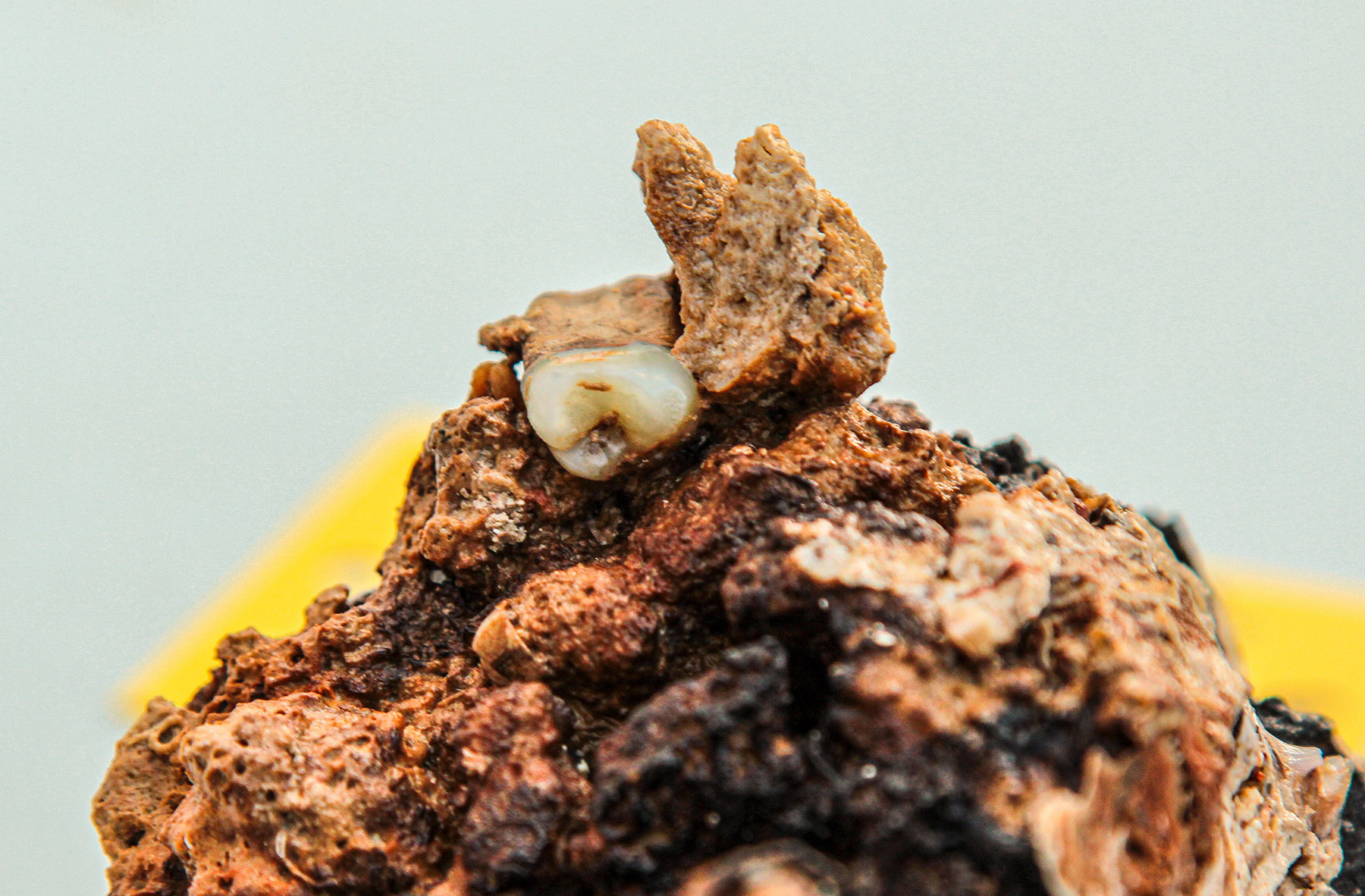 Divers exploring the 1st century B.C. shipwreck off the islet of Antikythera, iconic as the source of the oldest analog computer in the world, have recovered the head of a Hercules statue whose body was found by the sponge divers who first discovered the wreck in 1900. The marble head is larger is heroically scaled (much larger than life-sized) and even encrusted with sediment and marine life, the thick hair, curly beard and facial features identify it as a Hercules of the Farnese type. The headless body is in the permanent collection of the National Archaeological Museum of Athens.

The Farnese type depicts a Hercules leaning against his club that is draped in the skin of the Nemean lion. In his right hand behind his back he holds the apples of the Hesperides, the recovery of which was the last of his Twelve Labors. This, presumably, is why he is weary. A copy of a 4th century B.C. bronze original by Lysippos, the type was hugely popular and copied throughout the Greco-Roman world in different materials and sizes.

The Farnese marble is signed by a Greek sculptor, Glykon, and dates to the early 3rd century A.D. It’s not known whether Glykon was working in Greece or if he had a shop in Rome catering to its wealthy elite who had an endless thirst for copies of Classical Greek originals.

The 2022 season of underwater archaeological research on the Antikythera

shipwreck also recovered the plinth of a marble statue with legs still attached and numerous pieces of the ancient ship itself, including many nails and the lead collar of a wooden anchor. The divers also recovered extremely rare human remains: two teeth embedded in thick clumps of concretion. If all goes well, genetic and stable isotope analysis of the teeth will shed new light on the crew who sailed the merchant vessel 2,000+ years ago.

These finds were only made this year because the team was able to remove to enormous 8.5-ton boulders covering a portion of the wreck, a challenging proposition under the easiest conditions, never mind 165 feet under the sea. Divers can only remain at that depth for 30 minutes, so moving giant boulders is both mechanically difficult and dangerous. It was necessary, however, to give archaeologists access to previously unexplored areas of the wreck.