House of Ceres, horse skeleton back on display 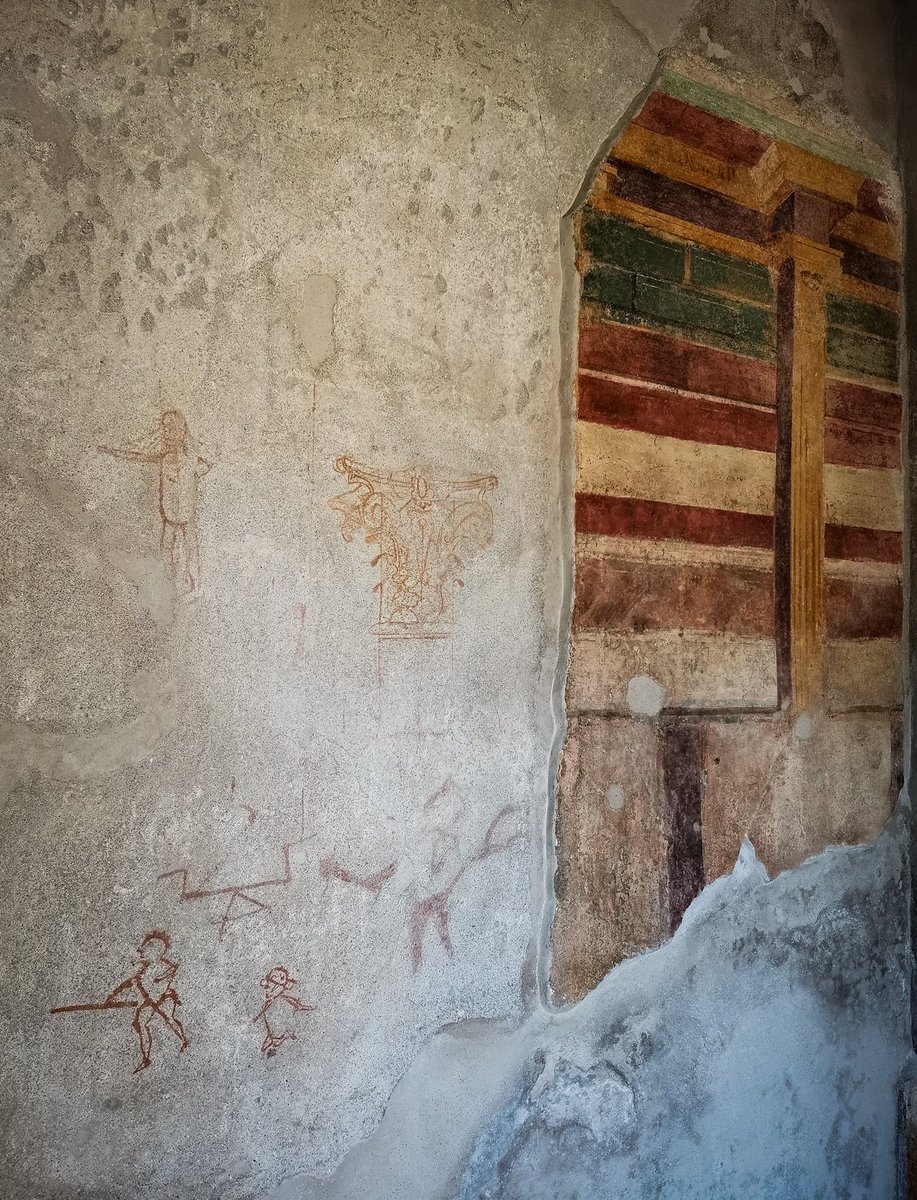 The skeleton of horse and the beautifully frescoed House of Ceres have gone back on display at Pompeii after new restorations that focus on integrating them into the “widespread museum” concept of Pompeii as a museum where visitors can see remains and artifacts in the contexts in which they were first discovered. The vision of Pompeii as its own museum has been common since the city was first excavated, but for centuries any exhibition in situ was not conservation-friendly. The newly-reopened spaces seek to redress that imbalance. 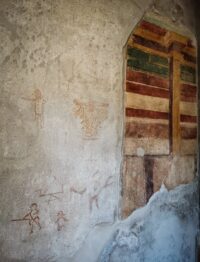 The House of Ceres was first excavated between 1951 and 1953. It got its name from a terracotta bust of Ceres, goddess of the earth, in one of the bedrooms off the atrium. The bust is far more ancient than the home. It is of a statuary type typical of the late 4h century B.C., so it must have been purchased as an antique by the homeowner. Archaeologists believe the bust was a cult figure that was part of a small household shrine.

The domus reopened to the public on the 14th of June after a program of restoration of the villa’s interior and gardens. The roof structures over the atrium were rebuilt and integrated into a new lighting system powered

entirely by green energy photovoltaic tiles that recreates the natural light that would have illuminated the space through high, skinny windows and open areas of the roof. The elaborate, brilliantly colored Second Style frescoes have been cleaned and relit, as have the floor mosaics. New display cases exhibit artifacts found in the villa. The garden have also been redone, using the cult of Ceres as inspiration to plant organic spelt and wheat.

Across the street from the House of Ceres is a stable with the skeleton of a horse discovered there by archaeologist Amedeo Maiuri in 1938. The horse is 53″ high at the withers and was used to transport goods. Maiuri mounted the horse on its feet atop a metal structure which degraded over time and stained the bones with oxidation products.

To restore Maiuri’s horse, the bones were first laser scanned to create a 3D model, then disassembled for cleaning, restoration and reconstruction in the laboratory. The skeleton was repositioned by experts so it could be displayed in a scientifically correct position with a very cool new transparent support framework that alleviates pressure on the ancient equine bones and adapts easily to the microclimate. The structure is also easily unmounted, in individual parts or as a whole, for future interventions. A new 3D tactile model of the horse has been installed for visually impaired visitors.

“In Pompeii the work of study, protection and enhancement according to the model of the” widespread museum “continues – explains the Director of the Park Gabriel Zuchtriegel – In the house of Cerere, in addition to restoring the spatiality of the house, distinguished from some rooms with very refined decoration in II style and previously only partially usable, a lighting system was created that is 100% powered by a system of photovoltaic tiles and therefore with zero environmental impact.

In the next block, visitors will be able to admire the skeleton of a horse in its original position. The restoration of the skeleton was characterized by a multidisciplinary intervention that saw restorers and archaeologists at work, constantly supported in every phase of the interventions by an archaeozoologist. This exhibition also foresees a fruition according to accessibility and inclusiveness criteria. I thank the Director General of the Museums, Massimo Osanna, for his presence on this occasion, also because these are two interventions launched under his direction in Pompeii. “